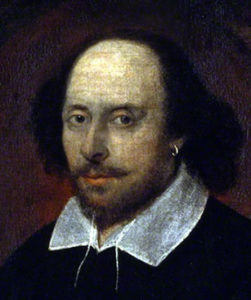 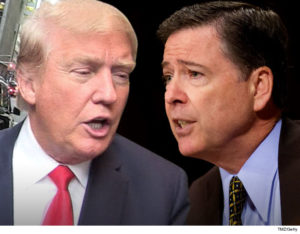 In my experience, one of the things about conflicting positions on certain topics is that, usually, the truth of the issue falls somewhere between the two extremes.

And now having listened to the incessant “Russian collusion” and “obstruction of justice” allegations being thrown at President Trump for the last year, I have formed my own opinion on the truth of the matter concerning FBI Director Comey, and my conclusion finds some fault with both sides regarding the firing of the FBI director.

We know the following facts:
1. Donald Trump was a political novice when he assumed office as President.
2. Donald Trump was (and still is) overly sensitive to criticism and makes knee-jerk responses.
3. Donald Trump comes from a business background where he was undeniably in charge, and loyalty of his employees was an absolute requirement.
4. From day one to the present, President Trump has insisted that the Russia collusion investigation is a witch hunt, unsupported by facts, and that he is innocent of any wrongdoing.
5. James Comey was a career FBI agent and executive.
6. James Comey was considered above reproach and was highly regarded by the rank and file within the agency.
7. James Comey informed President Trump that he was not personally under investigation.
8. President Trump demanded that Director Comey go public with a statement that the President was not under investigation, and Comey refused to do so.

So, here is my opinion:

Since President Trump truly believed that there is no basis for the Russia collusion investigation, he was irate that he was being publicly accused of such behavior. The President demanded loyalty of Director Comey, asked him to go public with the fact that the President was not being investigated, and Comey refused to do so. Comey demurred because he believed that the request for ”loyalty” was an improper demand for obedience, rather than for adherence to the truth. Trump saw Comey’s actions as unacceptable and disloyal, and had him fired.

Comey took great offense to being fired, as he felt that he had done nothing to compromise his integrity as FBI director, nor would he ever do so. A vengeful Comey wanted to punish the President for his actions. It was a poor judgment call on Comey’s part, but it was for that reason that Comey went public.

Here we had two people of strong will and personal integrity, one of whom didn’t grasp the political limits on his administrative power as chief executive, and an FBI director who did not understand the motivation and intent of the President who demanded loyalty and was adamant that his reputation remain untarnished.  Neither person respected the other.

This explanation is not as juicy as a conspiracy theory, but it fits with the facts as we know them, and with the personalities of the parties. Additional facts may be revealed that put different light on what was going on behind the scenes at the FBI and DOJ throughout this time frame, but in my opinion the decision of Donald Trump to fire James Comey at that time was driven neither by politics nor criminal subterfuge – it was personal.