On the bottom of the left coast of the USA, every day there is a new crisis, or a new impending meteorological disaster, or a virulent new disease, or a new and higher tax, or an earthquake scare, or a bought-and-paid for political movement promoting an electoral proposition that, if passed by the mindless voters,  will screw everybody except the special interests that sponsored it.  California is an actual never-ending story of manic episodes and bad hair days. 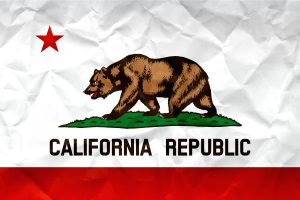 The latest OMG chapter of the story is the self-destructing spillway at the Oroville dam.  200,00 people are under emergency evacuation orders because all the recent heavy rain filled up the reservoir too full, and tons of water ran out over the top of the spillway, and eroded the concrete of the chute.  Uh, why didn’t they let the water out a little at a time before it became a crisis?  Is it because the state is still under precautionary water rationing (even though this season has had more rainfall that when Noah was boat building)?  Is it because the commies who used to work at the Chernobyl power plant took new jobs in the California Department of Water Resources?  Is it because too much money is being diverted to making plastic grocery bags illegal, or protecting wild animals, fish, and plants from people, or protecting illegal aliens from white people?  Hard to tell.  Put another memo in that big file drawer  of “things to do” about the infrastructure.  Look in that red cabinet over there, just below the drawer marked “raise the public employees pensions.”

There isn’t enough space to list all of the things wrong with California.  But the weather is generally nice, and the geography is totally awesome.  It’s not all bad.

But stressful? Oh, you betcha. Big time!  Everybody is always going to die soon – from earthquakes, or drought, or flood, or vaping, or texting, or climate change, or botched plastic surgery, or firearms, or fireworks, or wildfires, or driverless Ubers, or political incorrectness in any form.  The traffic sucks all of the time, there are more Democrats than cockroaches, gasoline prices are painfully high, and everybody is incessantly complaining about why they have to be able to speak Spanish to get their car washed, order something to eat, or to have their trees trimmed.  Or Vietnamese to have their nails done. Or Korean to get their shoes resoled.  Or Farsi to rent an apartment.  If you yearn to hear the purity of the mother tongue, then “For instructions in English, please press 1.”

No kidding, Disneyland and Alcatraz are the only two places in the state that provide any semblance of societal reality.

It is probably a good thing that recreational marijuana is now legal in California.   They can tax the bejeezus out of it, and without a toke or two during the day, living the California dream would be, like, just way too intense, like, you know? Dude?