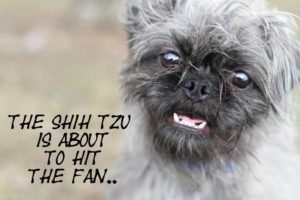 following his public admission that he had “inadvertently” briefed Vice President Pence with “incomplete information” on his calls with the Russian ambassador, is blood red meat for rapacious Democrats. (And rightly so, because there are many troubling aspects about this unmitigated JV team fiasco.)

While the precise content of Flynn’s communications is presently undisclosed, and the source from which the disclosure was made is for the moment undiscovered, there is probably nothing more suicidal a staffer can do than betray the trust of Donald Trump.
The pack of media and congressional sharks that have been circling the White House since January 20, waiting for the first scent of blood, are churning the water into a foam of frenzy.
Mr. President, it looks like you’re going to need a bigger boat.