The U.S. Army says Former Maj. General Ronald Lewis will be demoted and retire as a brigadier general after he used a government credit card to pay for bills at strip clubs in Rome and South Korea. 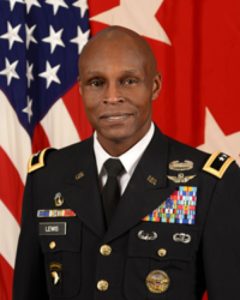 Lewis had previously reached the three-star rank of lieutenant general, but he was demoted to major general (two stars) more than a year ago after an investigation uncovered that Lewis had misused a government credit card and had become involved in an extramarital relationship.
Now Lewis will be further bumped down to brigadier general (one star) because he charged the government for his visits to the strip clubs, made false statements and “engaged in conduct unbecoming an officer and a gentleman on multiple occasions.” Your tax dollars at work, eh?
“What do you mean you won’t take American Express?”