In a disjointed and sometimes bizarre hour-plus long press conference today, President Trump pointed out all of the problems in the world, the country, and just about everything else, as problems he had “inherited.”

Why is it that politicians (welcome to that world, Donald, you now qualify) always say they “inherited” the problems associated with the office they just entered?  Enough of this abuse of the language – there are only two things that people actually inherit – genetic code from living people, and old used stuff from dead people.  Politicians wring their hands and woefully moan to have “inherited” problems, pretending that they didn’t have any choice in the matter, and it was just the bad luck of the draw that they ended up with what they got.  What a load of crap!

A politician will spend 18 months running all over the country, kissing every voter butt they can find, at every whistle stop, restaurant, and venue they can rent; spending a billion or more dollars in the pursuit of a goal that they want so badly that they will climb up the pile of bodies of vanquished opponents just to get close to the golden ring.  Candidates pinpoint all of the nasty problems that they promise to fix, and brag that they are the only person who can make things better.  “Give me control of the problems, and I will do the job!”  And then, if they are unfortunate enough to actually get elected, they demurely say that they “inherited” all of those problems.  Hey, jerkwad, you wanted it, you fought for it, and now you have it.  “Inherited,” my ass. That’s like someone who kills off all of his siblings, murders his parents, and then complains about not having enough room to store all of the stuff he ended up with after probate. 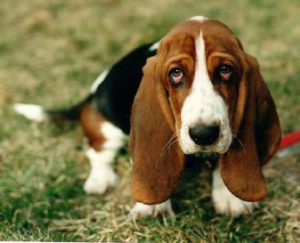 You won’t get any sympathy from me for those sad basset hound eyes, buddy.  We gave you what you wanted.  Now go and fix it.