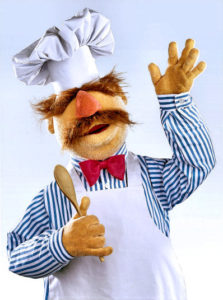 Once again, President Trump has provoked a media firestorm by a brief comment.  Speaking at a rally in Florida on Saturday morning, he remarked about a Friday night FoxNews piece on the causal effect between Muslim immigration and surging crime rates in Sweden.  “You look at what’s happening last night in Sweden,” Trump said. “Sweden. Who would believe this? Sweden. They took in large numbers. They’re having problems like they never thought possible.”
Trump’s reference was confusing to those who had not seen the Tucker Carlson show the night before.  Liberal media (who likely are not followers of Carlson’s hugely successful primetime FoxNews program) seized on the chance to misinterpret the remark, reporting that Trump was either inventing, or hallucinating about, a Friday night terror event in Sweden (no such thing happened).  As if on command, left-wingers online exploded in frenzied attacks on Trump, like a swarm of piranha after a swimmer.
Today, the internet roils in struggling to find the truth about the Muslim-related crime rates in Sweden, even inside Sweden itself, where the PC government cautiously downplays the subject, yet a career police officer’s post that it’s actually out of control went instantly viral.
To clear everything up, we offer this quote from the Muppets’ Swedish Chef: “Gersh gurndy morn-dee burn-dee, burn-dee, flip-flip-flip-flip-flip-flip-flip-flip-flip.”