Fox News has reported that one of the suspects accused of killing a man at a Denver light rail station was in custody in Denver, and wanted for possible deportation by federal authorities, when he was released from jail weeks before the murder.

According to ICE officials, “At the time of his arrest, ICE placed a detainer with the Denver County Jail. The detainer wasn’t honored, and he was released by the jail Dec. 20, 2016, without notification to ICE. Valles is a known gang member whose gang history is documented in the Colorado gang database. Due to his criminal history and gang affiliation, Valles is an ICE immigration enforcement priority.” 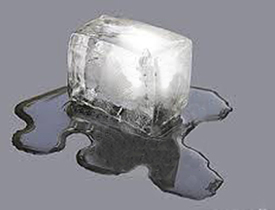 ICE is hot over this one

In answering ICE’s allegation, a Denver Sheriff Department spokesman responded Friday night, saying “ICE was told about Valles’ release before it happened. He was released once he posted $5,000 bond.”

But a copy of the fax sent by the Denver PD, purportedly showing compliance with the ICE detainer, shows that Ever Andres Valles, 19, a citizen of Mexico, was actually released 5 minutes BEFORE the fax was sent to ICE.  (click this link)