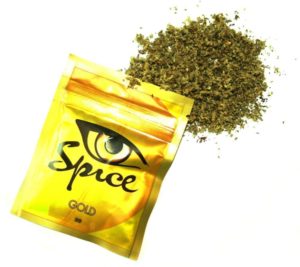 The Daily Mail reports that the use of “Spice” and other synthetic cannabinoids among the homeless population in Britain is taking a serious toll. In Manchester, “The city has experienced a surge in ambulance call outs after users have fallen victim to the drug’s lethal side effects, with some left keeling over and smashing up their faces.”

Julie Boyle, support worker at youth homeless charity Lifeshare, said the new Spice on the streets had terrifying effects on people. Last Thursday she found a woman collapsed at a tram stop, having taken a drag of what she thought was cannabis but turned out to be Spice. When an ambulance arrived, the paramedic told her they had been called to 26 similar incidents that day alone. Ms Boyle said: “In the city centre there are people who just look like they are frozen, like the walking dead, sat in a catatonic state not moving.  You wouldn’t even know they were alive – it’s like when you press pause on the telly. They don’t know where they are.” 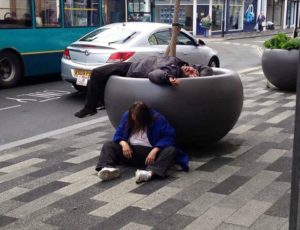