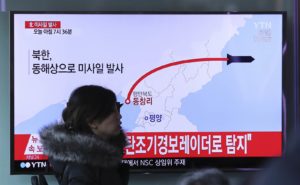 The launches “clearly show that this is a new level of threat” from North Korea, Japanese Prime Minister Shinzo Abe told lawmakers in Tokyo. American officials held phone calls afterward with counterparts in Japan and South Korea, which rely on the U.S. for security. 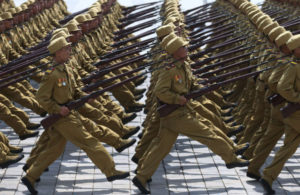 Perhaps it’s time to take these nutjob communists with the nuclear weapons a little more seriously, ya think?