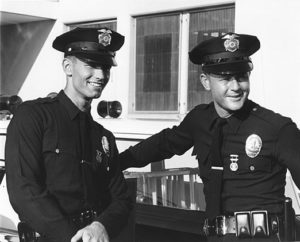 I’m an old white guy, and I never feared the police before. As a child, my peers admired the outreach of “Officer Friendly,” and growing up we were entertained by police shows on TV that portrayed the boys in blue as the good guys, the heroic champions of justice, the protectors of us all. But over the last few decades, that has changed.
Modern police are outfitted like warriors, with body armor and high-powered semi-automatic handguns with large capacity magazines, mace, tasers, riot sticks, and a tactical machine gun in the trunk. Police stations are no longer neighborhood service centers, and walking beat cops have been replaced by mirror sunglassed quasi-soldiers cruising by in dark-windowed SUV’s. Police departments train rooftop snipers, deploy helmeted combat-ready SWAT teams in baklavas and goggles, and operate armored military assault vehicles. Even the fake cops on TV are now portrayed as rough and aggressive outliers who are quick to use violence and excessive force in almost every situation. 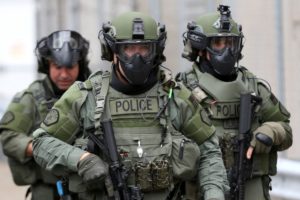 The times have changed

Today’s cops are trained very differently than before as well. They are taught that if they fear for their own safety, they may kill. They are told to be assertive, proactive, and use overwhelming force at all times. And they do. A lot. On those occasions when an officer finds it necessary to fire a gun, they will shoot again and again and again, because they are trained to shoot to kill. Center of mass, put them down. The news is filled with the stories of the mentally ill, the intoxicated, the angry, the depressed, and the petty criminals who act erratically, or afraid, or are out of control and aggressive and end up dead at the hands of the police. But is wielding a screwdriver, or a bottle, or even a knife, 20 feet away from armed police, a sufficient threat to justify killing that person? And shooting them four, six, or 17 times? And then there are the stories of the dead citizens who were not a threat to anyone, but they were nevertheless shot by police. The wallet mistaken for a weapon, the cell phone pointed in the wrong direction, the drunk who failed to “show his hands.” Errors favor the police, and people die.  Even an unjustified fear, if felt by a cop, will nearly always justify the shooting of a citizen, armed or not. 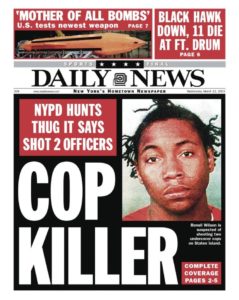 Yes, there are many valid arguments supporting the police, who face formidable challenges daily. But when law-abiding citizens are afraid of the police, and worry that they are in danger of being thrown to the ground, or perhaps even shot if they disobey, or move in the wrong manner, or get out of the car during a traffic stop, we have turned an ominous corner.

What would it be like if citizens who feared for their own safety began to shoot the police officers?

I have news for you – that’s already happening……