Thousands rallied in the capital city on Sunday against proposed tax hikes that the government has said are needed to avoid a multibillion dollar budget deficit this year. Protesters chanted “we will not pay” and blamed corrupt politicians, shouting “thief” and hurling empty water bottles. Police barricaded the entrance to the government headquarters.

Reporters on site said there was a lot of anger and frustration among protesters.  “When you consider the fact that many people here really don’t have high wages and you consider the fact many have some of the highest rates of personal debt as well, any kind of increase is going to be felt in the pocketbook.”

Signs and slogans accused officials of theft and people chanted for politicians to step down. “Take your hands out of my pockets,” one placard read. “We had hopes for this new government, but unfortunately … these politicians are still exploiting resources for their profit,” said one protester.

Where was this? Washington? Sacramento?    Nope, guess again.

And the answer is …………    Beirut, Lebanon
Anger at Lebanon’s government has prompted repeated protests in central Beirut over the last two years.  In Lebanon, a country that is over 50% Islamic and about 40% Christian, the regular folks are united against a common adversary – their tax and spend political establishment. 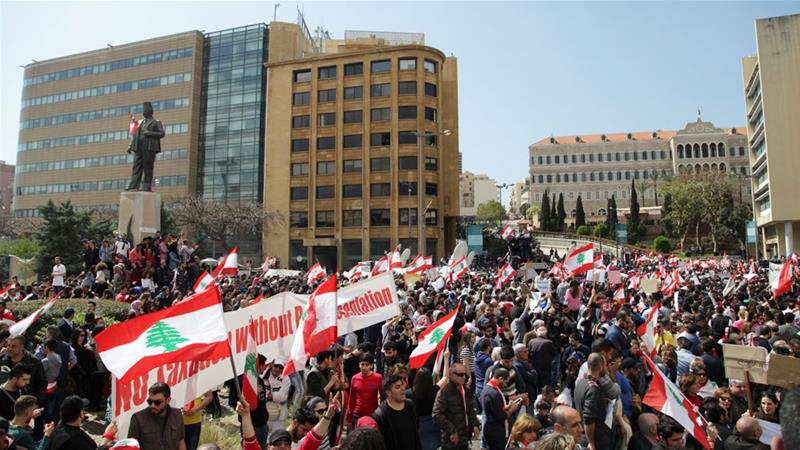 It looks like those Middle Easterners aren’t all so different from us after all.