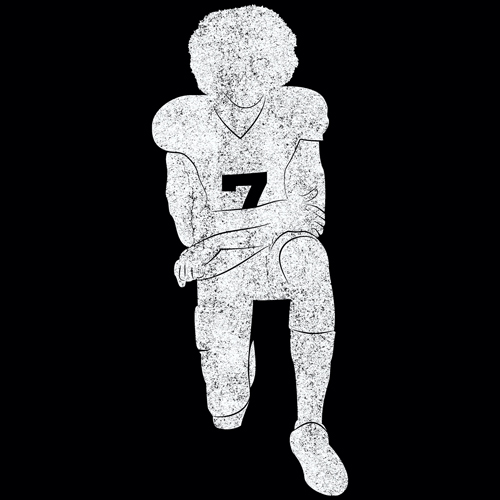 Trump has continuously attacked celebrities and media outlets over social media, flexing his Twitter muscles whenever possible. Though it’s hard to believe that he could sink lower than before, Trump has done it again. During one of his speeches, Trump credited himself for NFL teams not wanting to sign Colin Kaepernick. To Trump, the reason for Kaepernick not being signed has nothing to do with his play over the years, or teams viewing his involvement in social activism as a distraction. Rather, teams aren’t signing Kaepernick due to their fear of Trumps Tweets.

Trump’s logic is fundamentally flawed for several reasons, but let’s just start with football. A player’s ability to perform on the field is the primary factor that would prevent them from being signed, and Colin Kaepernick isn’t undesirable by any means. Contrary to popular belief, he wasn’t released by the 49ers. He opted out of his contract to become an unrestricted free agent. His last few years haven’t been his best, but a lot of that has to do with the dumpster fire that is the 49ers organization. The 49ers have gone through 3 coaches in 3 years, lacked surrounding offensive talent and have had one of the worst defenses in the league since Jim Harbaugh departed after the 2014 season (Ranked 32nd in 2016). Colin’s decision to opt out of his contract gives him the ability to draw up a new contract under Kyle Shanahan, and it also gives him the ability to move to another market.  Either way, throwing 16 touchdowns, only 4 interceptions and having a passer rating of 90.7% doesn’t make Colin Kaepernick undesirable. He’s only been a free agent since March 2nd and these things take time.

Though Trump may think his influence affects the mindset of 32 NFL team owners, their decisions are mostly their own. NFL owners, whether they agree with Kaepernick’s choice to protest the National Anthem or not, may not want to deal with the distraction. Politics are secondary to football, and organizations only care about winning. The NFL is a business and losing is detrimental to that business model. If a player’s actions have a negative impact in the locker room, NFL owners may not want to risk signing him. So, any reason that Kaepernick wouldn’t get signed has to do with his own actions, but his ability to get signed has nothing to do with Trump’s Twitter feud.

Whether you agree with Kaepernick’s decision to protest the National Anthem or not, it’s difficult to criticize his character. He’s known for his charitable nature, hosting camps for underprivileged kids and donating millions of dollars to several different charities. He most recently donated $100,000 dollars to the Meals on Wheels Foundation (An organization that would lose funding over Trump’s newly proposed budget) and the Love Army for Somalia Campaign. If I were an NFL owner, I would rather have this man serving as a distraction instead of the players committing acts of domestic violence or getting arrested for drug/alcohol related crimes.

Trump’s thought process may be flawed, but his supporters believe that his criticism was provoked. Kaepernick called out Trump for being racist, leading to Trump’s predictable retaliation. Regardless of who started the fight, it’s sad to see that our president thinks that this is an issue even worth addressing. Most importantly, it’s pathetic for our president to believe that his Twitter persona carries enough gravity to affect someone else’s NFL career. I’m just hoping that Kim Jung Un doesn’t Tweet Trump anytime soon. If he does, we could be looking at World War III.

If you accuse someone of being a racist, you should be ready for a strong response.  If that person has a big microphone, the response may be MUCH bigger that you bargained for.  But I would agree with Southpaw that Mr. Trump would be better suited than to use his Presidential hammer to swat a mosquito.  – Pops.