It’s a subject that I have gone back and forward on for several years. To this day, I haven’t been able to form a decisive opinion on the subject. Professional athletes and Hollywood personalities may not have been born into privilege, but it’s difficult to see people so widely praised for their fame and wealth droving out opinions as if they’re their insight is a gift to the general public. At the same time, I understand that everyone is entitled to their own opinion as an American, and believe that their spot in the public eye can be used to spread awareness on a given topic. Here’s my take on it. 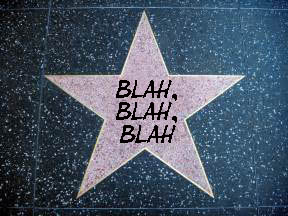 Against:
Despite being liberal myself, I believe that Hollywood Liberalism is one of the most atrocious forms of Liberalism on the planet. It’s often self-indulgent and provides critique without solution. One of the worst forms of Hollywood liberalism came from an actress who is immensely talented and brilliant in her own right, Meryl Streep. As someone who loathes Donald Trump, I figured that I’d love whatever this woman had to say about our elected president, but I actually found her speech to be pompous and grossly misinformed. Her primary point touched on immigration and its impact in Hollywood. She pointed out various actors who emigrated from other countries, praising them one-by-one. To start, Republicans aren’t trying to prevent immigration in this country. They are trying to prevent illegal immigration, which is something that actually leads to economic inflation. I was against the notion of building an impractical wall and putting a temporary ban on people from primarily Muslim countries, but I am not against us enforcing the law. People spend time working to come to the US legally, so others shouldn’t be able to cut in line.
Her most memorable statement was, “If we kick them out, we’ll have nothing to watch but football and mixed martial arts, which are not the arts.” I have an issue with this for 2 reasons: 1. The colleagues that she was referring to in her speech have remained in the United States legally by obtaining green cards or have been granted citizenship. 2. She created a massive disconnect by inferring that Hollywood is our primary means of obtaining culture. It alludes to the notion that we’d be stuck watching crude and mindless television without Hollywood, an institution that consistently pumps out plenty of crude and mindless entertainment… Individuals on both sides of the political spectrum can’t relate to people like this, because those within the public eye consistently put themselves on a pedestal. I have no problem with public figures spreading awareness or providing their opinions, but the American public does not rely on them for guidance.
For:
Colin Kaepernick protesting social injustice in a peaceful manner (while also donating millions to several different causes), Ashton Kutcher using his fame to promote awareness of and prevent human trafficking, Leonardo DiCaprio’s work for environmental conservation, and several others have done it right. What I enjoy most about these stars is that they use their fame to spread awareness, while investing their own personal time and energy into a cause. They aren’t merely providing criticism or implying that they’re a beacon of hope for each of us to follow. They’re acting as an example, but most importantly, they’re actually doing something to create change. Through these actions they immerse us in a cause and hope to get us all involved.
So, it seems that the disconnect lies within those who merely preach a message and those who act as the message they’re seeking deliver. I learned at a young age that talking will only get you so far. I also learned that talking too much will eventually make you look like an asshole. Talk is cheap. Those who sit at the podium and merely speak about how things should be, are not the individuals we should be listening to. Those who are willing to get their hands dirty and put themselves on the same pegging as the common man are the ones who deserve an attentive ear.