Jenga is that game where each player take turns pulling out blocks one by one until the whole stack crashes down.

It is an entertaining and exciting parlor game, with the tension building right up to the elusive point where everything goes to hell in a hand basket. Unfortunately, that is the way the world feels these days – Jenga, but being played on a global scale, using entire countries as the blocks. 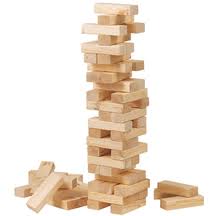 Governments the world over are pulling structural pieces out of their own countries with abandon. A piece of privacy here, a couple of blocks of freedom there, extracting punitive chunks of taxes, pulling out entire sections of economies. As a result, the pillars in many nations are wobbling and starting to sway, and some of them are beginning to fall as we watch.

Venezuela is moments from the imposition of martial law as the citizens riot over the lack of food, freedom, and funds. This bounteous South American country, with more oil than Saudi Arabia, has been socialized to the point of collapse.
Greece is also a financial ruin due to over-socialization, having subsidized its people for decades with a mountain of borrowed money. The cradle of democracy – killed by a lack of the same.
Puerto Rico has declared bankruptcy due to its suffocating government debt, and its economy is in a shambles.
In the U.S., the national debt is growing like a cancer, and there is no attempt to stop it. The nation is torn by its own internal politics, and the “rule of law” is no longer the rule for the powerful and politically connected.
In Europe, the EU is about to crumble under the weight of uncontrolled immigration, unsustainable government spending, and internal social and cultural conflict.
In Asia, the Korean peninsula is on the brink of war.
On nearly every continent, national saber-rattling has been elevated to an art form, and petty third world dictators strive to obtain powerful weapons of destruction.
Pakistan, Afghanistan, India, Yemen, Iraq, Syria, Philippines, Somalia, Ukraine, Turkey, Libya…..

Many well-informed people are seriously talking about the coming of World War III. 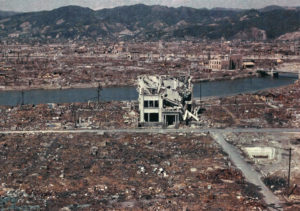 And it won’t be pretty when its over