When Sterling Mestad popped the trunk on his brand new 2017 Ford Fusion, little did he know police would find $320,000 worth of smuggled marijuana stashed under the carpet. 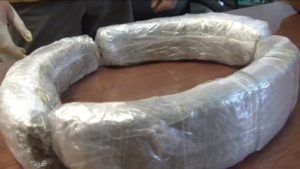 A recent report by the Minnesota-based website Alpha News said state authorities have seized 1100 pounds of marijuana hidden in the spare-tire wells of at least 22 Ford Fusion sedans coming from Mexico, one of which went home with 86-year-old Mestad in February.

Authorities said that before these cars left Ford’s Hermosillo, Mexico, plant, someone boarded the train to pack the drugs and discard the spare tires. Ford’s plant is within the Sinaloa drug cartel-controlled area, and the cartel also has ties in Minnesota, the site reported. 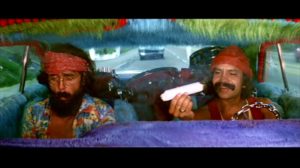 Cheech and Chong – Up in Smoke