“Six degrees of separation” is the idea that all living things and everything else in the world are six or fewer steps away from each other so that a chain of “a friend of a friend” statements can be made to connect any two people in a maximum of six steps. It was originally set out by Frigyes Karinthy in 1929.

If that is true, then what happens when a congressional investigation embarks on a quest to find a connection between any given Trump associate and any given Russian?  According to the theory set forth by Karinthy, it only takes six people to get there.

So, if a personal connection between your Aunt Daisy in Kansas and some itinerant goat herder in Zimbabwe can be had in only six steps, then it shouldn’t he difficult for some House or Senate committee to prove, without a doubt, that there was a path for a connection between Donald Trump and Vladimir Putin.

Of course, this doesn’t amount to anything significant, but it certainly makes it difficult to defend oneself when you are supposedly guilty of some nefarious activity because you were “friends with a guy who knew somebody who talked to another person who was closely affiliated with a particular individual.” 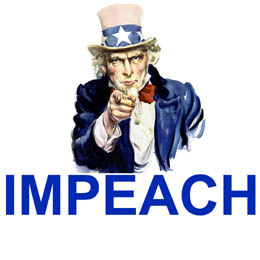 Democrats claim to have obtained information from an unidentified government source who allegedly has knowledge that a connection between Trump and Putin can be made in only FIVE steps!  Impeachment of the President is therefore imminent….