Regardless of a person’s political leanings or other demographic, most everyone has a particular news personality that they favor. People prefer certain journalists primarily because they trust them, and secondarily because those journalists are affable, engaging, or share other traits that comport with the personality of the news consumer.

But mostly, it is a relationship based on trust. People watch, or listen, or read news to get facts about other places, other events, and other people that they wouldn’t otherwise know. And whether the TV news consumer prefers one of the major networks, or a cable channel, or a streaming service, when someone desires news, they want and expect the truth. Consumers want actual news – reality, with real people, real events, and real places.

On the other side of news reality is entertainment fiction, and successful fiction is the story that blends the incredible with the credible in such a way as to become more believable.

One of the techniques that creators of fiction have successfully used to inject believable reality into an otherwise fictional story is to add a journalist into the storyline. Remember “Godzilla” when Raymond Burr was the American reporter broadcasting onsite from the destruction of Tokyo? Or the radio show “War of the Worlds” when the northeast U.S. went into an actual panic over a Martian invasion when the radio show was presented as an actual live newscast? In the quest for ever more believability in fiction, it has become common for movies and TV shows to incorporate actual news personalities in reporting the fictional events as they transpire in the made-up storyline.

So what’s the problem with that?

Day after day, we watch our journalists of preference provide us the facts of the day. We trust them. Whether it is Wolf Blitzer, Rachel Maddow, Sean Hannity, Chris Matthews, or any other major news presenter makes no difference. We watch them because we believe them. 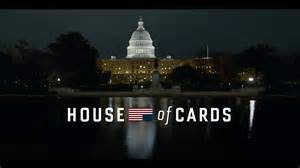 So what happens to that credibility factor when we see our own trusted news journalists doing gigs as themselves reporting on a fictional work? An excellent example is the Netflix series “House of Cards.” This is a storyline of high political fiction and intrigue, and in most episodes, the imaginary events of the day are portrayed by real broadcast media journalists reporting fictional news, as themselves, in support of the imaginary story.

When you watch and hear someone you trust, playing a role as themselves on a fictional show but telling you something that you know is utterly untrue with the same demeanor and sincerity that they have when they report “real” news, it gives one pause. If your journalist can be so believable reporting fictional news, how do you know that they are not also acting when they report the “real” news to you night after night?

What if your parish priest performed a role in a movie as a priest who molested children? What if the judge in your civil rights case was a part-time actor who portrayed a racist jurist from Alabama?  What if your banker portrayed a TV banker with a gambling addiction who embezzled all of the bank’s money?  As you watched them perform, wouldn’t your own comfort meter register a swing, at least a little? 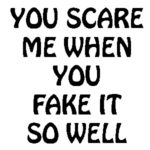 Quite simply, persons whose professions are based on relationships of trust should not engage in acts that convincingly display their ability to be untrustworthy.

Don’t show me how credible you can be when you are pretending to tell me the truth – it gives me reason to doubt you all the time.