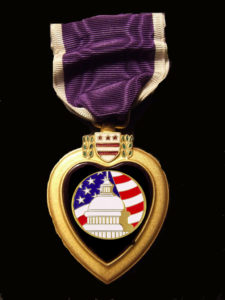 A gunman believed to be a supporter of former Democratic presidential candidate Bernie Sanders sprayed a hail of bullets at a GOP baseball practice on June 14, 2017, critically wounding House Majority Whip Steve Scalise and injuring four others before U.S. Capitol Police took down the rifle-wielding assailant.

On January 8, 2011, just a week into her third term, Congresswoman Gabrielle Giffords was a victim of an assassination attempt near Tucson, at a supermarket where she was meeting publicly with constituents.

Who would have ever suspected that becoming an elected state representative would result in you being shot in public by a disgruntled citizen?

Perhaps it is time to formally recognize those who are wounded or killed while serving in that combat zone otherwise known as the Congress of the United States.