A cornerstone of American jurisprudence has historically been the concept of the presumption of innocence. It has always been the burden of the government to prove, beyond a “reasonable doubt,” before a jury of fair-minded citizens, that an accused individual has actually committed a crime. Then, and only then, may a citizen be punished under the law. The societal and legal protections afforded by the “innocent until proven guilty” baseline is an immutable individual right that has served our nation well since the infancy of the republic.

For two hundred-plus years, the citizens generally held the rights of the accused to be sacrosanct. Of course, people always have held their own personal opinions as to the probable guilt of an accused, and will certainly continue to do so, but they have honored the criminal legal process. With the exception of some rare cases of vigilante justice, it was the criminal trial that determined guilt or innocence, and those findings were respected, notwithstanding public opinions as to the culpability of the person sitting shackled in the dock. 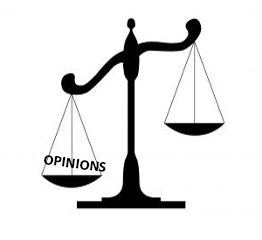 But things have slowly changed – if not in the strict letter of the law, certainly within the mindset of the populace. Presumed innocence is no longer the baseline.

People began to make their own conclusions, and stick with them, regardless of what the juries decided. The trial of O.J. Simpson is a perfect example. Found to be legally innocent, yet half the country just “knew” that he was guilty. And they refused to budge from that position.

At some point, public conclusions of guilt began to be forthcoming even without the filing of criminal charges. People were prone to conclude that if a person was “under investigation,” they must be guilty. “Of course they did it…. Why else would they be under investigation?” Look at the Clinton email debacle as an example.

And now people have morphed into making presumptions of guilt for anyone who was is not a suspect at all. If someone happens to be designated as a “person of interest” in an investigation, then they must have done something wrong. 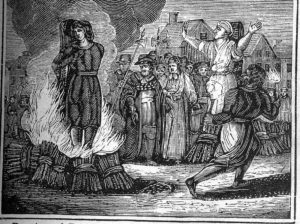 Hunt the Witch, Burn the Witch

Amazingly, in the latest state of affairs, neither a criminal accusation or indictment is required, nor is an investigation necessary. An anonymous leak, an inference of misconduct, or a bald-faced fictional account is sufficient to cast an impenetrable shadow. Out-and-out lies, repeated often enough, will destroy a person’s personal and professional life.

In our pre-colonial history, opinion-justified executions followed literal “witch hunts,” a term that survives to this day to describe the extralegal process of establishing guilt by mere accusation. Mob rule has slowly supplanted the rule of law, and every citizen is made less secure.

Indeed, in the prescient words of Pogo, “We have met the enemy and he is us.”

These are dangerous times for America.