The Christian bible is quite clear that Jesus Christ suffered and died on the cross. And Christians universally accept that their Savior willingly gave his life for them to assume the burden of human sin upon himself, freeing humanity from their sin in order to accept God’s love and eternal salvation. 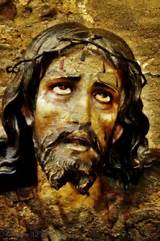 But there is some conflict in the scriptures as to whether or not Jesus actually had any choice about God’s plan for him.

The Jewish Scriptures (the Old Testament) predict the coming of the Messiah in multiple books, and are quite detailed as to where he would be born, the circumstances of his birth, and his familial bloodline. Details of Jesus’ betrayal and crucifixion, his death and burial, and his resurrection were arguably predicted in the books of Isaiah, Zachariah, and the Psalms, hundreds of years before the birth of the Son of God in Bethlehem.

And Christ himself foretold of his impending arrest, trial, and death in discussions with his disciples. The Gospels of Mark, Matthew, and Luke each have quotes of what they were told by Jesus in anticipation of his death and resurrection.

The scriptures not only foretold the circumstances of the coming of the Christ, but Christ himself knew that he was destined to suffer terribly and die at the hands of men. Christ apparently had little say in the matter. It was the will of God that his Son should die for the sins of man.

The unavoidability of fulfilling God’s will, and the idea that Jesus had any choice to reject his fate, create a conflict that cannot be reconciled. If God’s will must be done, could Jesus have changed God’s plan? Had Jesus opted not to go to Jerusalem, or had he avoided the garden at Gethsemane, or had he excluded Judas Iscariot from ever entering his group of disciples, would the will of God been thereby thwarted?  A good question, it seems, but if it is true that “God’s will be done,” the answer is “no.”

Perhaps the best interpretation of the scriptures on this issue is to conclude that while Jesus did not have any ability to change the plan that God had for him, he nevertheless willingly accepted his fate as his earthly obligation was to become the Savior of mankind. He embraced the fact that he would be rejected and scorned by both his people and his closest friends, suffer greatly, and then die a slow and excruciating death on the cross.  And as the result of his gracious acceptance of this unavoidable sacrifice, lives were changed throughout the world for the next two thousand years.

(As bad as it was going to be, Jesus knew he could handle it.  After all, he was only going to be dead for a few days, anyway.)