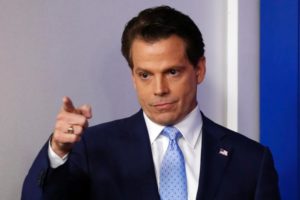 There are few people more obnoxious than the little man with the big mouth. You know who I mean – that short guy who always acted tough, threw his chest out and threatened to fight everybody for no other reason than to overcompensate for his own perceived physical inadequacy. Every high school graduating class had a least one, and every office, sports team, or wedding reception includes a loud little guy who manages to offend everyone else.
Yeah, there are few people more obnoxious.

Unless it is a guy with a little man complex who happens to be from blue collar New York, that is. With a double dose of “in yer face” and “you tawkin’ to me?” a little man from New York is always unavoidably crude, loud, and offensive. Instead of using punctuation or adjectives or verbs, every other word is a variation on the “f-bomb.” That’s even worse than a plain old “little man,” for sure.  But not the worst.

Even worse is a New Yorker with a little man complex who is also Italian. Oh yeah, that little man with the inferiority complex from New York who acts like he’s a “made man” and can intimidate anybody with threats and squinty eyes while he pokes his finger in your chest and says “badda boom” and things like that. There can’t be anyone more distasteful, you would think. You would be wrong.

The pinnacle of scary social belligerence is an Italian guy, from blue collar New York, with a little man complex, who has actually earned some street cred and finds himself in a position of formidable power. Like Charles “Lucky” Luciano, or Joe “Bananas” Bonanno, or Vittorio “Little Vic” Amuso. These were all bad guys who had both the inclination and the ability to do serious harm to those who crossed them.

This little Italian guy from New York is so full of himself that the word “braggadocio” isn’t quite sufficient to describe him. He is a crude, offensive, and tasteless miniature Rottweiler of a human being. In less than a week, he has actually done more damage to the administration than Trump’s tweets have done in six months. This guy is the attack dog that was invited into the Oval Office and the first thing he did was eat the couch.

President Trump may be frustrated, and he may be angry, and he may even be desperate to get control of his people, but he doesn’t need a gangster with a baseball bat to walk around in the conference room and smash the skulls of anyone who falls from favor.

The Mooch needs to go. Now.