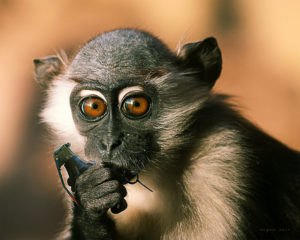 North Korea with a nuke

As the dueling threats are parried back and forth between the North Koreans and the West, particularly the United States, the handwringing and finger pointing is reaching a fever pitch.

Kim Jong Un and his disciples (who we now believe have nuclear weapons that can be accurately delivered to targets in the continental U.S.), like to think that they have become a world power. The U.S., however, which has the military ability to return the North Koreans to the Stone Age in less time than it takes to watch a Star Trek rerun, is neither amused nor impressed by the screaming communists in the north.

Having lived in self-imposed isolation since the 1950’s, North Korea is nowhere near ready to play a game of 21st century warfare with anyone, let alone us. None of their generals have any combat experience, and they have not been schooled or exposed to the concepts of strategic war on a global level. Despite all of their noise and bragging, North Korea is not too far ahead of where the rest of the atomic powers were in the 1960’s. “Mad Dog” Mattis, our retired four star US Marine general now serving as Secretary of Defense, has more combat time and military acumen in his middle finger than the entire Ministry of People’s Armed Forces. And he will show them that finger upon request.

They may have a couple of nuclear weapons, but for all intents and purposes, North Korea is simply a terrorist organization that has a defined home base, and we know exactly where they live. They are the monkey with a hand grenade. Yes, they are dangerous. Yes, they can hurt a lot of people. Yes, they can make things really miserable for the South Koreans, the Japanese, and probably the Chinese as well. But are they a strategic threat? No way in hell. They are the gangbangers holed up in a crack house, surrounded by a SWAT team. They are the sword-wielding Arab in the bazaar, and we are Indiana Jones with the pistol.

If this monkey does not put away its grenade, we will starve him out. If he pulls the pin, we will necessarily vaporize him and all he loves. That would be undeniably sad, but as Mr. Spock said, “The needs of the many outweigh the needs of the few.”

Perhaps there are some courageous North Koreans who would risk an attempt to stage a coup to get rid of the dictator before he brings down the entire nation – but I am not going to hold my breath.