“Histrionics” are dramatic, overdone, emotional actions and words that are done to influence someone. Unlike real emotional reactions, histrionics are fake and intended to manipulate others. 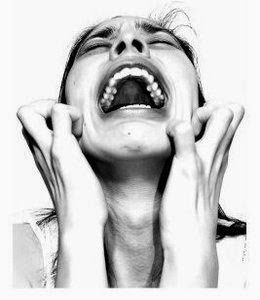 There is no better word to describe the current state of affairs in the U.S.

People organize protests over the most inane subjects, rant and rave about mundane and inconsequential events, and actually engage in violence under a faux umbrella of staged indignation.

Whether it is the shoes worn by the first lady, public statutes of confederate democrats from the civil war, university cafeterias that dare to serve GMO food products, or public appearances by persons that have contrary opinions, there will invariably be exaggerated offense taken by somebody. Guaranteed. From something as mocking by eyeball rolling and tongue clucking, to out-and-out rioting and destruction of property, or physical attacks on people, histrionics has now become a staple of American society. And it isn’t done for any other reason than to manipulate other people.

Extreme abnormal behavior (Histrionics) must be a required course in higher education, because there is no greater place to observe histrionic behavior than on university campuses. There is always a new march in favor of “whatever,” or a march in protest of “something,” or a sit-in demanding that the administration either do something, or stop doing something, and overly emotional students are always prostrating themselves and tweet storming and chanting and cutting classes and making signs because they insist that other people must change their behavior to conform to the latest fad or behavioral construct.

Histrionics is not confined to the campuses, either. At any hour of the day, on every TV or radio news show or talk show, and in every issue of every newspaper and magazine, there is a headline story about how terrible something is, or how cruel somebody is, or how unfair something is, or how we should be terrified or indignant or unaccepting of something or someone. Progressives and the media are adept over-emoters, finding topics for feigned outrage under every rock and behind every door.

Nah, let’s get incredibly upset about how it is unacceptable to stand up to our enemies, or to consider extreme vetting, or about why urban planners don’t build disaster proof cities, or how trade policies shouldn’t favor Americans, or how bad it is to get vaccinations, or how unfair it is to criticize drug users, abortionists, or three parent families. You get the picture – “How dare you use tap water to put out a house fire!?”

Chicken Little obsessed that the sky was falling after having been hit by a falling acorn. Nowadays, people obsess on Chick-fil-A. The bigger picture seems to always be missed.